Rooker will attend all three days; the WWE stars will appear on Saturday only; the others above are scheduled for Saturday and Sunday.

Wizard World Comic Con is also the place for cosplay, with fans young and old showing off their best costumes throughout the event. Fans dressed as every imaginable character – and some never before dreamed – will roam the convention floor. The famed Wizard World Comic Con Las Vegas Costume Contest will take place on Saturday, April 25, at 7 p.m. The Kids Costume Contest will be held on Sunday, April 26.

We recently had the opportunity to see a tribute to the late great Johnny Winter at the Cannery Hotel and Casino in Las Vegas. The tribute bands were Edgar Winter’s band, Rare Earth, Vanilla Fudge and Rick Derringer formerly of the Real McCoy’s. Though the music was slightly before my time,  it was still an excellent event. Here are 4 youtube videos from the event. Please check them out, and tell others as well.

We won the tickets to the concert from Beasly Broadcasting in Las Vegas after I donated a small amount to the Children’s miracle network.

It is good karma to help others and in this case we won the tickets. I appreciate it. Please donate to them to help in their efforts to help children.

Note these videos were shot on a Samsung Galaxy Note 2, we need a mirror-less cam if someone can donate one.

LAS VEGAS, March 4, 2014 /PRNewswire/ — AT&T* has invested nearly $200 million in its best-in-class wireless and wired networks in the Las Vegas area between 2011 through 2013, driving a wide range of upgrades to enhance speed, reliability, coverage and performance for residents and business customers. Advancing its Project Velocity IP (VIP), an investment plan to expand and enhance its wireless and wired IP broadband networks, AT&T in 2013 made more than 100 network upgrades in the Las Vegas area, including new cell sites, addition of wireless network capacity, and new broadband network connections.

“Las Vegas residents depend on our fast and reliable Internet connections more and more every day, whether it’s instant access to files and apps at work, watching a video at home, or even receiving updates from connected cars or home monitors,” said Stephanie Tyler, president of AT&T Nevada. “AT&T is making robust investments locally to make sure that residents can take full advantage of the latest services and tools, and that businesses have the speed they need to compete and grow.”

Notable Las Vegas network enhancements in 2013 included expanding AT&T 4G LTE coverage in the area and completing the installation of a new 4G LTE-capable Distributed Antenna System (DAS) at The Venetian and The Palazzo Resorts and Sands Expo convention center.

AT&T’s network investment has resulted in a 4G LTE network that has been recognized for its speed, reliability and coverage. AT&T’s 4G LTE service was recognized as having faster average download and upload speeds than any of its competitors in PCWorld/TechHive‘s most recent speed tests inLas Vegas. PCWorld/TechHive also ranked AT&T’s as the fastest combination of 3G and 4G services in the 20 cities it tested.**

AT&T provides the nation’s most reliable 4G LTE network today, covering nearly 280 million Americans with 4G LTE service. AT&T’s 4G LTE deployment is ahead of schedule, with plans for the deployment to be substantially completed by the summer of 2014.

For more information about AT&T’s coverage in Las Vegas or anywhere in the United States, consumers can visit the AT&T Coverage Viewer. For updates on the AT&T wireless network, please visit the AT&T network news page.

* AT&T products and services are provided or offered by subsidiaries and affiliates of AT&T Inc. under the AT&T brand and not by AT&T Inc.
** PCWorld/TechHive, May 23, 2013, “AT&T clocks best overall speeds with 3G/4G combo”
*** Largest based on company branded and operated hotspots.

To define a market, we rely on the Core Based Statistical Areas (CBSA), as established by the United States Office of Management and Budget. Minor differences, if any, between annual totals reflect annual updating of market boundaries in our record systems.

AT&T Inc. (NYSE:T) is a premier communications holding company and one of the most honored companies in the world. Its subsidiaries and affiliates – AT&T operating companies – are the providers of AT&T services in the United States and internationally. With a powerful array of network resources that includes the nation’s most reliable 4G LTE network, AT&T is a leading provider of wireless, Wi-Fi, high speed Internet, voice and cloud-based services. A leader in mobile Internet, AT&T also offers the best wireless coverage worldwide of any U.S. carrier, offering the most wireless phones that work in the most countries. It also offers advanced TV service with the AT&T U-verse® brand. The company’s suite of IP-based business communications services is one of the most advanced in the world.

Additional information about AT&T Inc. and the products and services provided by AT&T subsidiaries and affiliates is available at http://www.att.com/aboutus or follow our news on Twitter at @ATT, on Facebook at http://www.facebook.com/att and YouTube at http://www.youtube.com/att.

My family and I had the opportunity to see the famous and historic Budweiser’s Clydesdale Horses perform at the South point hotel casino in February 2014. Please check out our you tube video and tell others about it as well. At one point in the video 2 of the horses almost collide and cause damage. The Budweiser Clydesdale Horses were revealed to the world on the day that Prohibition was repealed in 1933. Please watch the youtube video!!

To go back to our main screen click –>Here<--

My family and I recently had the opportunity to attend Mix 94.1 FM’s CBS Radio Bite of Las Vegas event.

In the first part of my video series, I did some videos of the One Republic and Goo Goo Dolls Bands live in Concert:

And then we had the opportunity to see the Goo Goo Dolls in concert as well.

It was quite good, please check out the videos below:

Please help us to do a documentary on autism as well.

Video News by NewsLook The second annual iHeartRadio Music Festival closed a triumphant weekend, September 21 and 22, after more than 10 hours of back-to-back diverse performances by some of the biggest names in the music industry as well as a number…

END_OF_DOCUMENT_TOKEN_TO_BE_REPLACED

While at the Las Vegas Sportsman’s expo, I had the opportunity to meet John Smith with Phazzer. They are:

PhaZZer CEWs use replaceable cartridges containing compressed nitrogen to deploy two small dart probes attached to insulated conductive wires that extend from 15 feet for civilians (4.5 meter) and up to 21 feet (6.4 meter) for LAW ENFORCEMENT ONLY. High voltage carries low amperage through the wires into the dart probes. The pulsed electro shock can penetrate up to two cumulative inches of clothing, giving you a safe, convenient, and effective self-defense weapon you can carry with confidence as a less lethal option. The charge transmits between the two probes into the body, interrupting sensory and motor functions to inhibit muscular control. This Neural Muscular Incapacitation (NMI) effect continues in 5 second cycles. Each time you pull the trigger, the cycle begins again, ultimately shutting down after the third trigger application. This new safety feature complies with numerous medical studies from the American Academy of Emergency Medicine advising physicians to consider additional treatment for individuals experiencing a CEW application of 15 seconds or more.

PhaZZer established a CEW Training Facility in Fort Myers, Florida, with the goal of ensuring our end user operators are thoroughly trained according to standard suggested usage. The Operator’s Training Program has been developed in order to instruct the user on proper CEW deployment. Our program features CEW characteristics, capabilities, operational safety principles and procedures. We also provide an Operator’s Training and Certification Manual that covers important information such as health effects, precautions, and equipment maintenance.

Phazzer Brand products are not only on the cutting edge, but are also made of only the highest quality components. Not only have we built in (mA) milli amperes into all our stun products for superior takedown capability, but also top quality Grade A Batteries for better performance. Our handheld stun guns all share an upgraded Nickel Metal Hydride (NiMH) battery which provides a substantial advantage over our competitors still using the Nickel Cadmium systems. Our Dragon air stun gun is fitted with a Grade A, Lithium Ion Battery which is the best money can buy. Our Phazzer Dragon out lasts even our toughest competitors.

Each product comes with the ability to be re-charged in the comfort of your own home. We also utilize “circuit disconnect ripcord technology” in most of our products as a STANDARD safety feature. This feature allows added peace of mind knowing that if your Phazzer product is ever taken from you in the event of an attack by an assailant, the unit is deactivated and rendered useless. These are just a few of the reasons Phazzer is the name being sought after by more people each day. Because we know our products are developed with the highest quality components we offer a full one year warranty. If any of our products fail to fulfill your expectations we will replace it with a brand new unit no questions asked.

I did a youtube video of the Phazzer Scorpion, a very nice, easy to use personal protection product that they make.–>

For more information on Phazzer and their products go to:–>

We do product news and reviews, please keep us in mind for testing, and reviews of new high technology or new products. We also beta test products.

We are also trying to help people with autism, and are seeking supporters and sponsors. 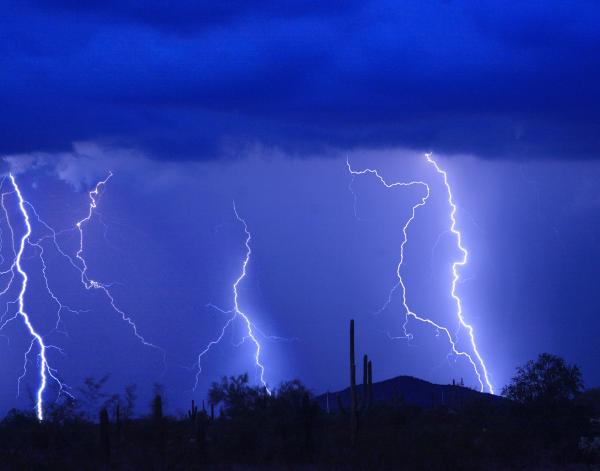 Help us to help autism too–>http://www.indiegogo.com/technewszone?a=1433442

I recently upgraded my cell phone to a Sony Xperia Ion–> So far I am impressed by the quality of the product, plus I used it to shoot videos for youtube for the 4th of July 2012.

The family and I went to the Summerlin for the Parade and I shot some video of the show and took photos with my Sony Xperia Ion.

I am fairly impressed so far.

For more information on the Sony Xperia Ion Click below.

I am looking forward to it having Android Jelly Bean or Ice Cream.

I am surprised it did not come with any headphones in the box.

Other than that so far so good. GIVING AUTISM A VOICE: Funding should be geared more for quality of life

We were in the Pahrumnp Valley Times news paper today, A mention on the front page as well as on the front of the community section as well.

Here is a copy of the article–>

I appreciate it a great deal!!!